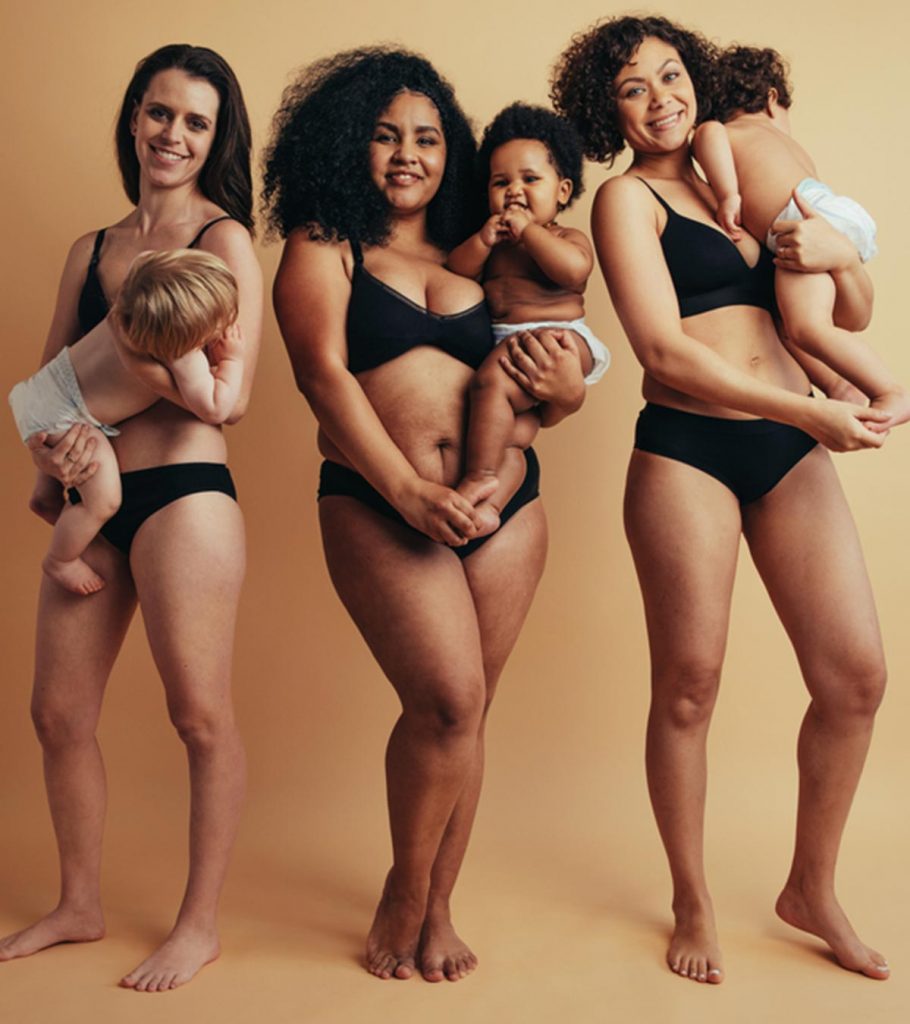 They say that becoming a mother changes you, and they are not kidding. Pregnancy causes changes in your body that you cannot begin to fathom. You might be aware of some of the changes because you experience them for nine months. Mood swings, body ache, swollen feet, nausea, backache, and bladder control may be everyday experiences for pregnant women. However, your body goes through some weird changes that last well after you’ve delivered your baby. It’s so much more than the weight gain and enlarged breasts. Curious to find out? Here are 10 postpartum changes that women’s bodies go through (1):

Your body produces the hormone relaxin to increase its elasticity while preparing for childbirth. It helps relax ligaments and bones all over the body, including feet, making a woman’s feet looser and broader. Therefore, get used to sporting a larger shoe size as the change may be permanent.

While not all women experience a loss of bladder control even after childbirth, some mothers face the embarrassing problem of urinary incontinence. The problem is caused because your muscles down there become weak after delivery, damaging bladder nerves and supportive tissue. You can try Kegel exercises to help strengthen the pelvic floor muscles.

Women who suffer from morning sickness may wear off the enamel on their teeth because of continuous acid exposure from the vomit. Your blood flow is high during pregnancy which may cause enlarged and bleeding gums.

Your breasts go through a lot during pregnancy, childbirth, and postpartum. They sag because of stretching ligaments and elastin that keep fatty tissue in place. It’s one of the after-effects of pregnancy and is called ptosis. According to a study conducted by the Aesthetic Surgery Journal in 2008, once breasts droop, they do not perk up again.

Studies have concluded that breastfeeding lowers the risk of breast cancer. For every 12 months a woman nurses her baby, her risk of developing breast cancer drops by 4%, according to a 2002 review in the Lancet.

Several people can get stretch marks if they go through a significant increase or decrease in weight, and it doesn’t only happen with pregnant women. However, women inevitably get stretch marks that last for a long time after pregnancy because of the baby bump. They lighten with time but might not entirely go away.

It takes almost a year for a woman’s libido to get back to normal levels. Your body takes time to recover from making a baby for nine months, and it’s not unusual to have a low libido. Breastfeeding can also add to decreased libido because it reduces estrogen levels in your body.

A common change associated with pregnancy is a condition called diastasis recti abdominis. It causes the abdominal muscles to separate and creates a gap between the stomach muscles. While it goes away for some women, about two-thirds of women retain some separation between their abdominal muscles.

Research published in the Ultrasound in Obstetrics and Gynaecology journal suggested that premenopausal women who had experienced childbirth had slightly larger uteruses than women who had no children of their own.

Pregnancy and childbirth are no joke. It changes your body and your life drastically, but the reward you gain is your baby. You get to bring them up in the world like a mini version of you that’s better than you. Therefore, it’s all worth it. Were you aware of all these changes? Which one surprised you the most? Comment below and let us know.

How to get pregnant FAST (TIPS) – Doctor Explains

How to Baby Proof Your House (7 Tips/Hacks)

New Lakers give advice to parents

Everything You Need to Know About Nutrition During Pregnancy

Imaginary Friends and Toddlers: What to Expect

7 Virtual Ways To Make It Memorable

7 Ways To Spend Your Kids’ Summer Vacation At Home