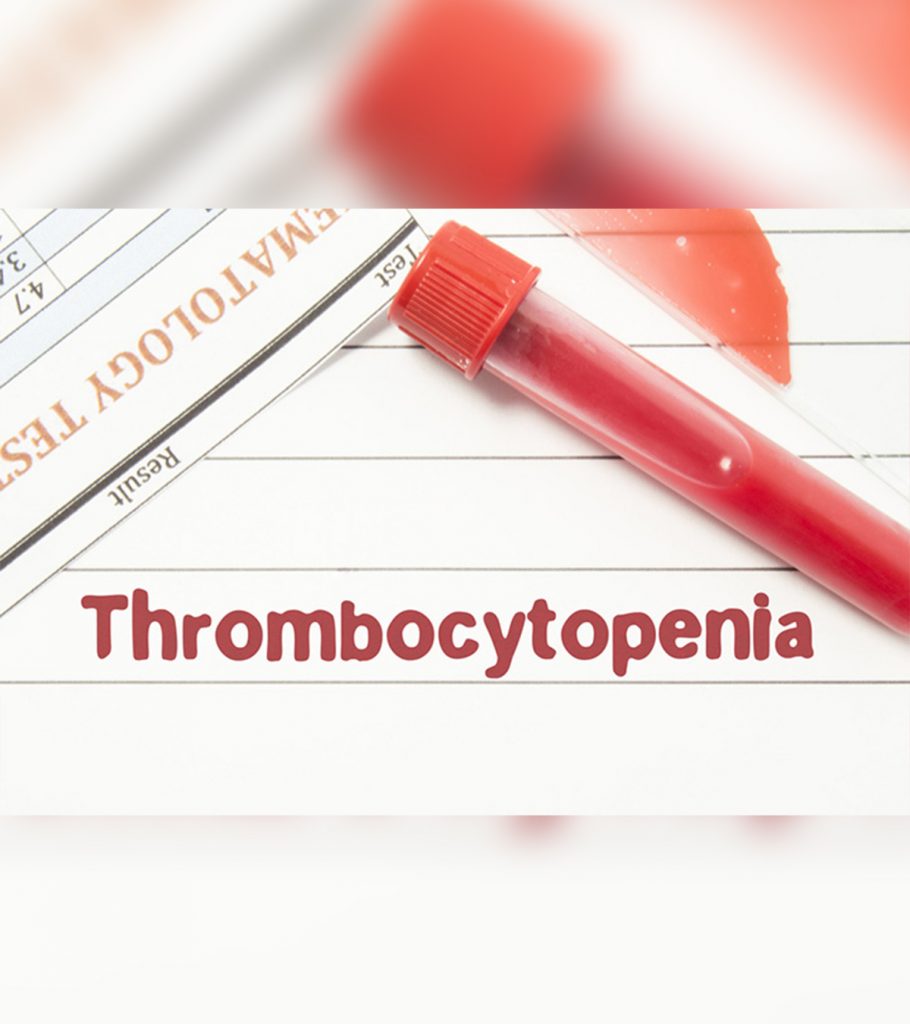 Thrombocytopenia is a condition where a person has an abnormally low number of platelets (thrombocytes) in the blood. It is a common hematological issue seen in infancy. Platelets are vital for blood clotting and are produced in the bone marrow. Babies with thrombocytopenia could develop bleeding problems.

Read this post to learn more about the causes, risk factors, signs, treatment, and complications of thrombocytopenia in babies.

Causes Of Thrombocytopenia In The Newborn

Inadequate production and early breakdown of platelets are the primary causes of thrombocytopenia in babies. The following conditions during fetal life or after birth can cause platelet dysfunctions in infants (2).

Illnesses in babies may trigger the early breakdown of platelets. In some babies, the cause of low platelet counts is not known, and it is called idiopathic thrombocytopenia.

Risk Factors For Thrombocytopenia In Babies

The following factors may increase the risk for thrombocytopenia in babies (1).

Thrombocytopenia in ill babies, premature babies, and babies admitted in NICU may indicate underlying pathological processes. Platelet count in the fetus increases with gestational age. Since premature babies are born early, they are likely to have lower platelet counts for a few weeks.

Signs And Symptoms Of Thrombocytopenia

The common signs and symptoms of thrombocytopenia in newborns include the following (2).

Clinical features may vary depending on the severity of thrombocytopenia. Some babies could be born with these symptoms, while a few may develop them within days after birth. You may seek medical care for an exact diagnosis since these signs and symptoms are also seen in other conditions.

Physical examination and the symptoms can be suggestive of thrombocytopenia. Blood tests are ordered to determine the platelet counts (3). Thrombocytopenia is often detected during routine blood examination in asymptomatic babies.

Additional tests, such as kidney function, liver function, erythrocyte sedimentation (ESR) rate, vitamin B12 and folic acid levels, and bone marrow aspiration, could be conducted to diagnose thrombocytopenia or exclude the possibility of other illnesses. Imaging tests are often required to look for intracranial hemorrhages.

Treatment For Thrombocytopenia In Babies

The treatment options may vary depending on the underlying cause. Babies with mild thrombocytopenia and who show no clinical signs and symptoms require no treatment. Platelet transfusion is necessary for babies with too few platelet counts and clinical manifestations (4).

Possible Complications Of Thrombocytopenia In Newborns

Thrombocytopenia complications are due to bleeding, which occurs due to low platelet count. Bleeding into tissues and skin is common. Bleeding could also increase the breakdown of erythrocytes (red blood cells), leading to excess bilirubin, aby product. It could eventually result in jaundice (5).

Intracranial hemorrhages (bleeding within the skull) can be life-threatening since it increases intracranial pressure and causes oxygen deprivation to tissues. If not resolved on time, severe bleeding could result in cardiovascular dysfunction, shock, and prolonged inadequate oxygen supply to the brain, leading to permanent brain damage.

10 Common Reasons Why A Toddler Wakes Up At Night

5 Advantages And 4 Risks Of Becoming A Mother After 40

Help for “Quarantine 19” Weight Gain from Head to Toe

Tips to Increase Immunity in Babies

10 Common Reasons Why A Toddler Wakes Up At Night

5 Advantages And 4 Risks Of Becoming A Mother After 40

4 Tips to Make Sure Your Baby Sleeps Safely

Advice for Parents who are Homeschooling during Covid-19
We use cookies to ensure that we give you the best experience on our website. If you continue to use this site we will assume that you are happy with it.Ok